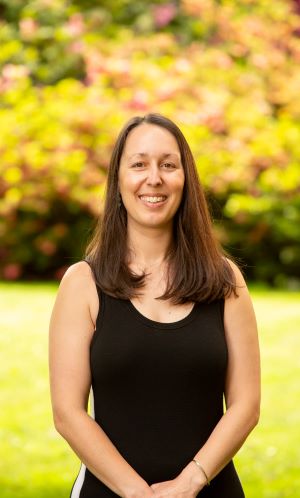 In response to community concerns regarding industrial air pollution, Beyond Toxics and Oregon State University (OSU) initiated a community-engaged research study characterizing residential exposure to polycyclic aromatic hydrocarbons (PAHs) in West Eugene, OR. This neighborhood is next to a wood preservative facility known to emit PAHs via use of creosote.

Environmental passive samplers were deployed by Beyond Toxics and OSU staff in three rings around the facility at 17 locations: an inner (¼ mile, n=4), middle (½ mile, n=5) and outer ring (1 mile, n=8) for seven days. Thirteen residents in the area wore and returned personal passive wristband samplers. Samplers were analyzed by the Chemical Exposure Core of the Pacific Northwest Center for Translational Environmental Health Research for 63 PAHs.

In both the environmental and wristband samplers, PAHs associated with creosote were significantly higher in the inner ring. Levels in the environmental samplers were comparable to those in densely populated industrialized cities, albeit lower than levels of concern to health.

Diana Rohlman (OSU) - Dr. Diana Rohlman is an Associate Research Professor in the College of Public Health and Human Sciences, and adjunct faculty in the Department of Environmental and Molecular Toxicology at Oregon State University. She is interested in the role environmental health literacy plays in how communities perceive, describe, and respond to environmental health hazards. The majority of her research is community engaged and incorporates returning data to individuals and communities (report-back of research results; RBRR). She received her doctoral degree in Toxicology at Oregon State University.

Registration for this free event is available here.