Video recording of the Zoom webinar

The Nooksack River watershed has experienced a persistent decline in water quality and quantity in recent decades, posing existential threats to many of the basin’s native fish populations. Industrial forest practices have been a major contributor to these declines by increasing winter peak flows and decreasing summer low flows. Community-driven forest stewardship offers an alternative approach to forest management that can help restore watershed health while simultaneously producing high-quality wood products and supporting local jobs in the woods. Numerous partners groups—including the Nooksack Tribe and Whatcom County—are currently developing a community forest on Stewart Mountain, just east of Bellingham; however, it remains uncertain how the community forest should be governed, and which entity should eventually own the land. As a graduate student at WWU, Alexander Harris studied six community forests in Washington, each with a unique approach to governance and ownership. Alexander will discuss the various approaches to community forestry throughout Washington and describe which model he believes is best suited to restore the Nooksack watershed while producing a wide variety of other benefits for the local community. 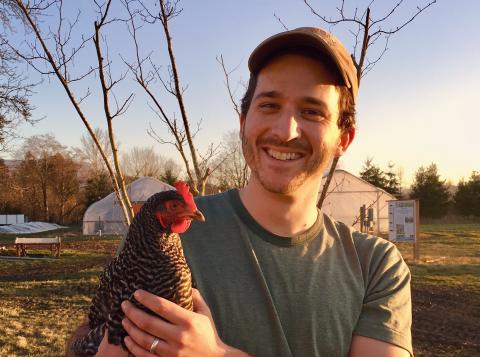 Alexander Harris is slated to finish a graduate program in Environmental Policy at Western Washington University in June 2022. He was recently hired by RE Sources to be their policy lead on local land use issues and watershed planning efforts. Having grown up in southern Oregon, Alexander graduated from the University of Oregon in 2014 with a degree in Philosophy and Political Science. Since 2015, Alexander has worked for numerous conservation nonprofits on various policy issues ranging from public forest management and wildfire mitigation to ecological forest management and climate mitigation. Alexander and his partner live in the South Fork Nooksack River valley north of Acme, and spend most of their free time homesteading, floating the river, or rambling through the woods.

Presentations are held each Thursday at 4:30pm On-campus and ONLINE.

Due to the pandemic, the in-person presentations are not open to the public. However, the talks will be live-streamed ONLINE for the off-campus audience.