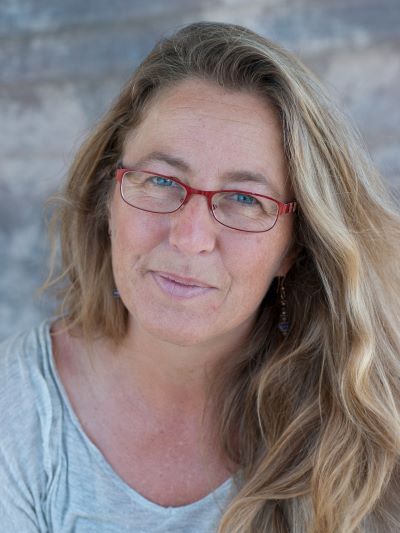 Title: A River for All: Community Advocacy for Environmental Health

The health of neighbors, fishing families, and recreational users of Seattle's Duwamish River is directly affected by the legacy of toxic dumping in the river and surrounding areas. The river was listed as a "Superfund" site requiring cleanup in 2001, but EPA regulations do not account for the cumulative impact of residents' exposures to pollution in the river, air, and neighborhood soils that plague the Duwamish Valley. This talk will examine how local residents, tribes, and immigrant fishing families in this "environmental justice" community are collecting their own data and advocating for a health protective cleanup of their land, air and water, as well as challenging the environmental policies and institutions that have failed to protect them throughout history.

About the Speaker: BJ Cummings, Community Engagement Manager for the University of Washington's EDGE Center

BJ Cummings is the author of The River That Made Seattle: A Human and Natural History of the Duwamish (UW Press 2020), winner of the Association of King County Historical Association’s 2021 Virginia Marie Folkins Award for outstanding historical publication. Cummings founded the Duwamish River Cleanup Coalition in 2001, served as the Puget Soundkeeper Alliance's "Soundkeeper" from 1994–99, and as Sustainable Seattle's Executive Director from 2016–18. She is currently the Community Engagement Manager for the University of Washington's EDGE Center in the Environmental and Occupational Health Department in the School of Public Health, and is the co-author of several community health studies, including the Duwamish Valley Cumulative Health Impacts Analysis and Duwamish River Superfund Cleanup Plan Health Impact Assessment.

Cummings holds a Masters Degree in Environmental Geography from UCLA, and is the author and producer of numerous articles, books and documentary films on environment and development issues locally and throughout the Americas, including her 1990 book, Dam the Rivers, Damn the People: Resistance and Survival in Amazonian Brazil (Earthscan/WWF UK), and 2000 documentary film, Ecosanctuary Belize (Outside Television). Her work has been featured in Outside Television’s documentary film, The Waterkeepers and PBS Frontline’s Poisoned Waters, as well as numerous regional news outlets. Over the past two decades, Cummings has been recognized as a National River Network "River Hero," Sustainable Seattle’s "Sustainability Hero," King County’s Green Globe winner for Environmental Activism, recipient of Puget Soundkeeper Alliance's "Inspiration Award," and one of Seattle Magazine's "10 most influential leaders."

Watch a recording of this event.